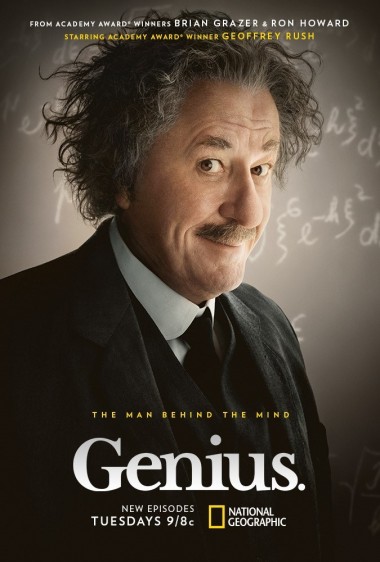 In a special two-hour presentation from National Geographic on June 20th at 9/8c is the finale of an amazing story developed by Noah Pink and Kenneth Biller with GENIUS: The Last Chapter.

Albert Einstein (Geoffrey Rush) and wife Elsa (Emily Watson) are settling in America but they constantly are thinking of those they left behind in Europe. Unsettling for Einstein is that scientists in Nazi Germany continue to study the splitting of the atom. He himself continues to work through quantum physics.

That all must be put aside when Elsa becomes ill and Einstein’s life becomes even more complicated. Being rushed by all sides to help with the formula needed for the atomic bomb, Einstein continues to avoid them all. He also becomes emotionally close to Marija Ruzic-Maric (Catherine McCormack) and doesn’t realize that there are two sides to her.

Edgar Hoover (T.R. Knight) is one man who wants to see Einstein sent back to Germany. Feeling the scientist humiliated him, it becomes Hoover’s goal to ruin the man. In 1947, scientists come together to try and contain the use of atomic bombs. Einstein doesn’t believe their use can be contained but sees it all as a threat to humanity.

With his lifetime of work, Einstein is brought face to face with an outburst from his son Hans that every member of the family knows he sees them as a burden. To make matters worse, Einstein is outraged when one of their scientists is forced before a committee for communism.

Eleanor Roosevelt brings Einstein before a television audience so that he may give his view on what bombs can do and Hoover becomes outraged. Personal secretary Helene (Emily Laing) is worried about Einstein as his heath begins to wane but his voice to reach out against man’s destruction is what he has left.

When a letter to a judge falls into the hands of Congress, the papers begin to denounce Einstein much to Hoover’s delight. All of the bad press sends the scientist into a sort of quiet seclusions. That is until a young girl named Alice knocks on his door to remind him of how exciting mathematics is and it’s like an awakening for him taking on the unified theory. 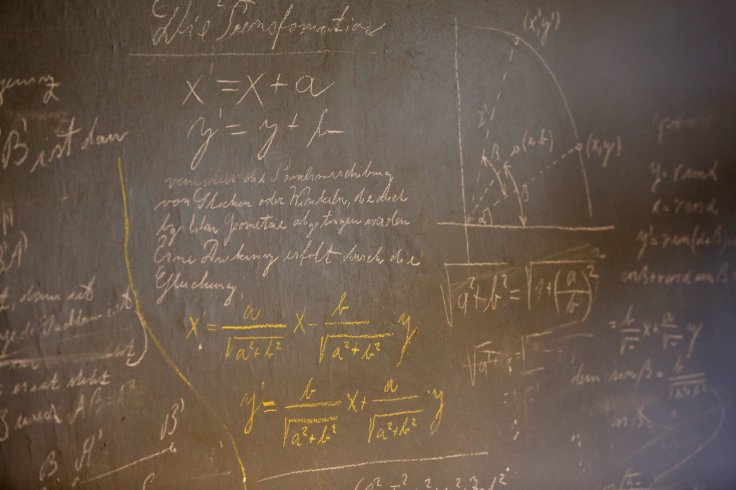 Learning of his illness, Helen encourages Einstein to reach out to his son and say the things that needs to be said between the two. It isn’t easy for him but it is a moment shared by father and son never to be forgotten. Albert Einstein would pass away in 1955.

To Einstein, every question must have an answer – and he wanted to find them!

Rush as Einstein is absolutely amazing. He might be one of the smartest men on the planet but he is equally flawed and Rush doesn’t hide that in his performance. From his frustration with his work, to the love of his wife, the constant pressure from the government and believing there was no hope for reuniting with his son – this is a performance that can only be called stunning.

Watson as Elsa is a woman who understands the complexities of her husband. That doesn’t mean she agrees with his behaviors but she forgives him in her own way for it all. McCormack as Marija offers Einstein a chance to love again but his heart gets in the way of the realities.

Laing as Helene is the one constant and steady thing in Einstein’s life and Elsa knew that before she died. She is the backbone of his life and I personally can’t imagine Einstein being able to keep his life going without her. Well done Laing in playing a role that isn’t front and center but is one of the most important in the series. 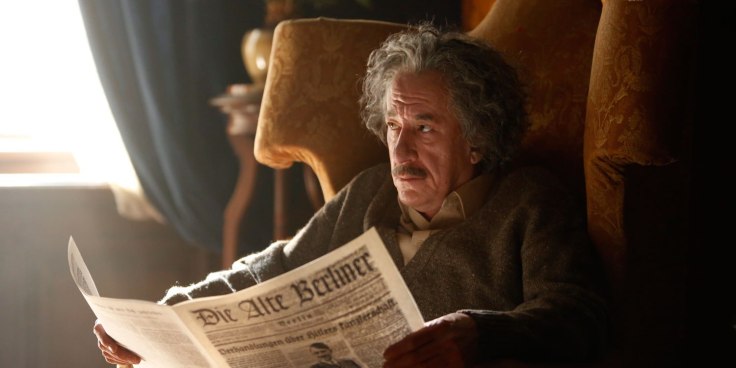 National Geographic has brought a series that is a must-see for everyone. It is a story about the history of one man yes, but it is also the story of those around him. Knowing that it isn’t easy to being partly responsible for creating the road to destruction but Einstein tries to undue what he can.

GENIUS. The Last Chapter is from Academy Award-Winners Brian Grazer and Ron Howard which is thrilling in itself but adding Academy Award winner Geoffrey Rush is nothing short of brilliant. Based on the book Einstein: His Life and Universe by Walter Isaacson, there is so much that I never knew about this man. This finale doesn’t leave any stone unturned in telling the life of this complex man.

In the end – he wanted to answer the secrets of the universe!