MAN DOWN Takes on PTSD

In theatres this week from writer Adam Simon, director Dito Montiel and Lionsgate is a world after war when there is a MAN DOWN.

Gabriel Drummer (Shia LaBeouf) is a soldier attempting to come to terms with his home life and that of being a soldier. At home is wife Natalie (Kate Mara) and son Jonathan (Charlie Shotwell) along with best friend Devin (Jai Courtney).

Leaving for Afghanistan, he is eventually joined by Devin and the two are sent in to clear out buildings. When a series of incidents happen to Gabriel, he is brought in to see Captain Peyton (Gary Oldman) to talk through it all. 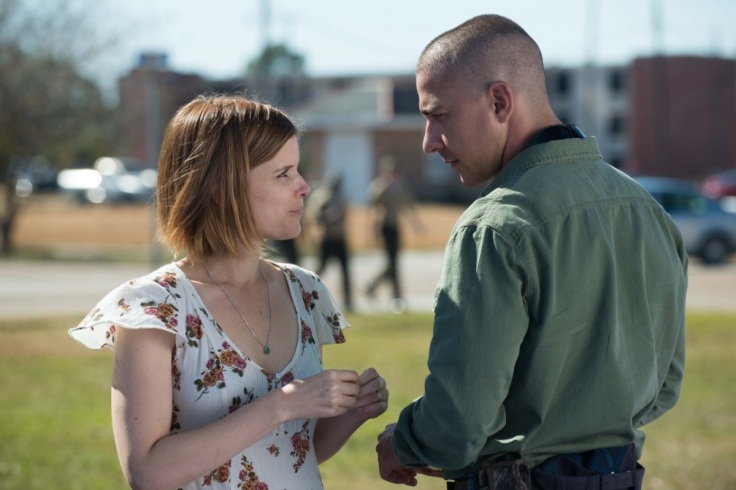 Knowing that he is due to come home, Gabriel talks through everything he has witnessed in war and a friendship that he has come to rely on. It all comes to a head when what he sees and what he believes crosses the line of reality.

LaBeouf as Gabriel portrays his character with deep emotion and equal intensity. There are so many sides to this character and the complexity is shown in every scene. Husband who loves his wife, devoted father to a young boy needing support, friend in the deepest sense of the word when lives are on the line and a dark side that harbors every secret and fear. Gabriel is hundreds of thousands of soldiers who come back from war and LaBeouf gives them a face and platform to be heard.

Courtney as best bro Devin is engrained in Gabriel’s life. There isn’t a moment where his brother isn’t a part of everything around him. There is a sense that forgiveness is easier given to a brother-in-arms than a wife. I enjoyed Courtney in this role.

Mara as Natalie is a wife who just wants the man she married to return whole. When a mistake is discovered it sets into motion a life she has never imagined could possibly happen. Oldman as Captain Peyton knows that there is something lying underneath the surface of emotion in Gabriel. Watching him walk away, Oldman’s character knows what the viewer does – that this soldier is going home needing help if he is to have a semblance of life once again.

Shotwell as young Jonathan is absolutely endearing. There is a connection between father and son that these two actors embraced. Every scene between Shotwell and LaBeouf is beautiful, filled with love and also terror. This young actor brought an early A-game that broke my heart.

MAN DOWN is a very deep film that isn’t cut and dry by any means. Watching from the beginning it was difficult to know what exactly I was experiencing and that is the point. In the midst of the confusion a story emerged and it is very subtle in how that happens.

What the film is trying to drive home is that PTSD is an epidemic suffered by our military men and women who have returned from Iraq and still returning from Afghanistan. The film expresses that over 200,000 veterans are homeless and that is a number that is embarrassing. Inexcusable is the number of veterans that commit suicide each day.

This is a difficult film for those who have family members that suffer from PTSD. There is no way to explain the changes that happen to someone you love suffering from this disabling condition. Family members can feel completely helpless when there is no help available or the wait list is extensive to even be considered for treatment.

So imagine being the person suffering! The feelings, emotions, disconnect and sense that no one can help – yes, I know someone that fits into this category. LaBeouf gives viewers only a glimpse of that pain and disconnect but it is a glimpse many will recognize and grieve for.

In the end – it all becomes clear when it’s man down!