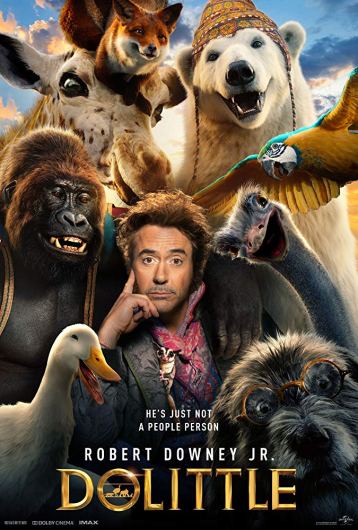 Coming to theatres this Friday from writer/director Stephen Gaghan and Universal Pictures is the story of animals who live with none other than DOLITTLE.

Dr. John Dolittle (Robert Downey, Jr.) began as a doctor who has the unique ability to speak with animals. Known far and wide, even the Queen called upon him to help with her animals. In gratitude Dolittle is given an estate to continue his work with animals and given them shelter.

When tragedy strikes the good doctor, he closes the gates to everyone and becomes secluded from the world. That is until meeting the young Tommy (Harry Collett) who discovers a squirrel that needs a doctor! It is the flying parrot Polly (voiced by Emma Thompson) who leads the lad to Dolittle’s door. 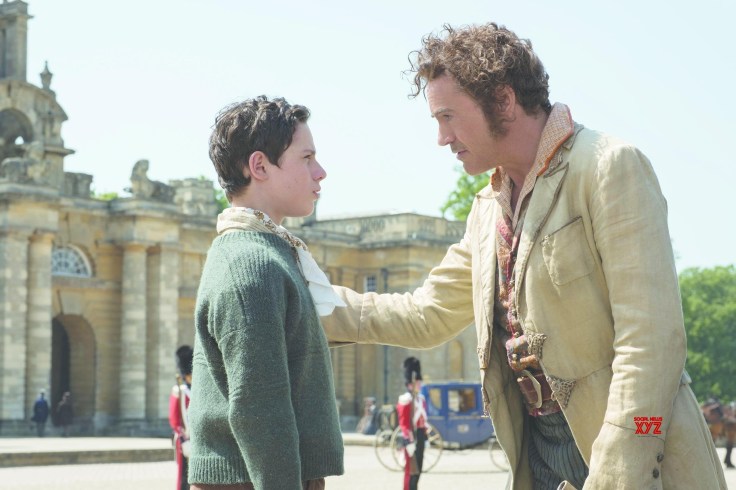 At the same time, the young Lady Rose (Carmel Laniado) is sent to Dolittle on behest of Queen Victoria (Jessie Buckley) to come to the palace and help the monarch. Quickly is snapped back to his self by all the animals who know that he needs to do what’s right. Visiting the Queen he is met by Lord Thomas Badgley (Jim Broadbent) and the nefarious Dr. Blair Mudfly (Michael Sheen).

It seems a plot is in the works against the Queen and only Dolittle knows how to stop it. The mysterious illness that has taken the Queen has a cure and Dolittle knows where it can be found.

Taking along Tommy, their journey begins with a ship full of animals and a mission – to save the Queen

Downey, Jr. as Dolittle is perfect casting with his unique ability to be quirky and humorous in his own way. It could also be that I’m happy to see him on the big screen again taking on a role that is lighthearted and warm in character. Downey, Jr. has a flair to entertain an audience, so much so that I can easy overlook the mushiness of his accent. 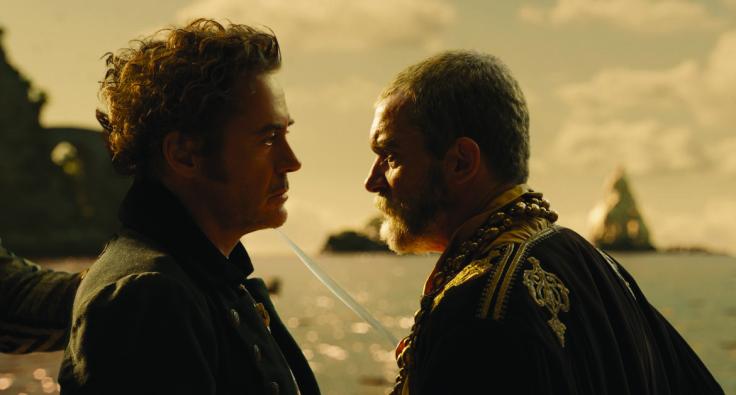 Collett as Tommy is a young man unlike the rest of his hunting family. He sees the grace in loving animals and once meeting Dolittle, knows his path in life. The adventure is just a bonus! Collett is charming and fun to watch alongside Downey, Jr. and that makes for wonderful storytelling.

Sheen as Mudfly has become good at being bad. This time he is able to add a little slap stick comedy to his role but never go against Downey, Jr.! Broadbent as Badgley is supposed to be taking care of the Queen but is he?

Laniado as Lady Rose is sweet, elegant and wants to protect her Queen. A strong young woman who isn’t afraid of much and that serves her well against both man and animal. The spark between herself and Tommy is very sweet as well. 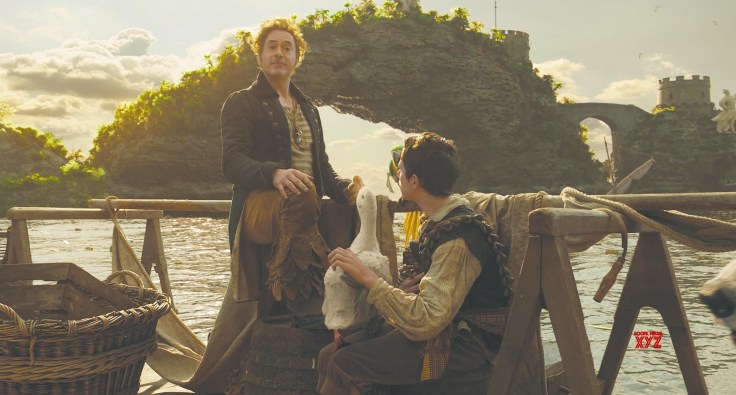 DOLITTLE is a charming fun adventure for the entire family. This is an introduction to Dolittle like we have not seen before and it does leave the door open in case Downey, Jr. wants to return. The audience was taken with the bounty of talking animals and all their own personalities and it did bring lots of laughs with side jokes.

The human cast is fun and ready to take on the journey which is unexpected and full of twists and turns. DOLITTLE is the reason families come to the movies together on a Saturday and escape into a magical world for a time and still talk about it after.

So, gather the entire family (grandparents, aunts, uncles, cousins – everybody!) and enjoy time together with the animals.

In the end – he’s not just a people person!