On March 12th to coincide with Women’s History Month, National Geographic Documentary Films along with director Brett Morgen have chosen the most amazing women to tell the story of her life in the documentary with heart about JANE.

A very lovely 26-year-old British woman decides at a young age that she wants to be with animals in the wild and this documentary gives us all a glimpse of how it all began. Jane Goodall, with no formal education or training, was chosen by archaeologist and paleontologist Louis Leakey in 1960 to go to Gombe, Tanzania to study chimpanzees.

Spending days traversing the jungles trying to get close to the chimpanzees, there were moments of frustration but not enough to stop her. Her patience would begin to pay off as she is slowly accepted by a group (called Kasakela chimpanzee community) that allows Jane to move freely among them. As she begins to document their behaviors in an unobtrusive way, she learns that their behaviors towards their babies and the way they use tools is something the world never knew before.

Giving the chimpanzees names, and my favorite is David Greybeard, made it all them all the more personal for Jane. Along with Greybeard was the dominant and very large male Goliath, Mr. McGregor who was considered the grumpy old man of the group, Flo who would have so many babies of her own including Fifi and Flint.

Their personable and affectionate side was clearly evident but their aggressive side took Jane by surprise and the effects of that were sometimes heartbreaking. Jane came to understand that this was the darker side of their nature which she said proved that their were social similarities between the chimpanzees and human beings.

That is when National Geographic sends Dutch filmmaker Hugo van Lawick to document all of Jane’s discoveries. What is captured is the purest example of what Jane has accomplished and the world is taken by her. The world isn’t the only one taken by her as a relationship between she and Hugo becomes serious. So much so that they eventually marry and Jane has a life outside of Gombe as the chimpanzees are continually studied by students and grants.

Martin is sent to the Serengeti in Africa and Jane joins him along with their young son Hugo who would grow up among the animals. The Gombe always called to Jane even though she knew her place was now with her family. When a horrible outbreak hit the chimpanzee community, Jane was devastated as changes in her own personal life would lead her back to where it all began.

Director Brett Morgen has created groundbreaking and acclaimed documentaries that include the 1999 work ON THE ROPES, the 2002 THE KID STAYS IN THE PICTURE and the 2015 work KURT COBAIN: Montage of Heck. His work JANE premiered at the 2017 Toronto International Film Festival and released nationally by National Geographic in 2017.

National Geographic Documentary Films brings the world premium feature documentaries that take on timely and globally relevant stories from the best documentary makers in the world. Bringing knowledge and understanding of our work for over 130 years, they are pushing the boundaries of storytelling reaching 730 million people in 172 countries and 43 languages. For more of what they have to offer please visit www.natgeotv.com.

JANE has been nominated by BAFTA, Alliance of Women Film Journalists, Amsterdam International Documentary Film Festival, Austin Film Critics Association along with so many more. It has won recognition from the Chicago Film Critics Association, Cinema Eye Honors Awards, Critics’ Choice Documentary Awards, PGA Awards and the National Board of Review along with so many others. 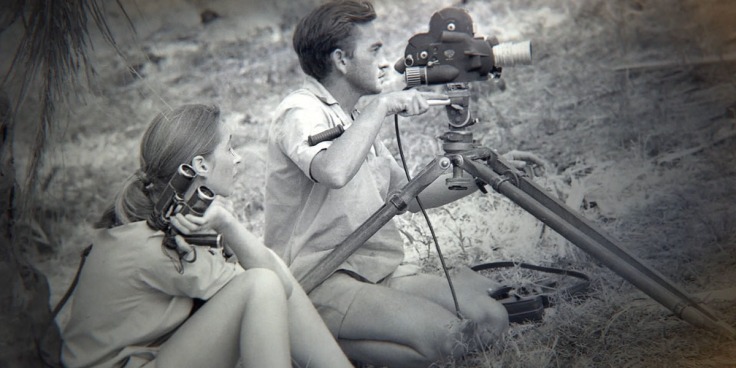 What makes this documentary stunning is that there is so much about Jane Goodall’s life that I didn’t know. I actually love chimpanzees myself so followed her work over these many years. Most of what I knew was about her work which is what makes JANE a must-see because there is so much more about her to know. Trying to learn as much as she can about the chimpanzees, she also learns how to have a marriage and a child while continuing a career that isn’t just a career – but a life dream.

Her activism for these amazing creatures is well documented but seeing footage that has been rediscovered, Jane says, “Seeing the film for the first time was incredibly nostalgic; there was something very immediate and real and unconstrained. JANE shows things as they were, bringing to light people’s characters, especially mine and Hugo’s, in such an intimate way. It took me back to the best days of my life in a way that none of the other documentaries have.”

Morgen says, “The narrative I was interested in first and foremost was this story of female empowerment, particularly in the era that Jane was working in. The film is very much a love story, except the love is not between a man and woman, it’s between a woman and her work.”

Today, Dr. Jane Goodall travels around the world speaking about the threats facing chimpanzees as well as the environmental crisis happening and her reasons for hope. She is currently the U.N. Messenger of Peace and to learn more about this amazing woman please visit http://www.janegoodall.org.

I am absolutely moved by JANE because she truly was a woman before her time. Unafraid to take on such a task without training or education, she jumped in and refused to give up until the chimpanzees accepted her as one of their own. Learning from her mistakes and understanding that these creatures are something very special (as all creatures truly are), she embraced and continues to embrace every aspect of what she has learned and continues to learn.

National Geographic and director Morgen should be so proud of themselves in bringing a very personal look at Jane Goodall’s life. Having seen many of the pieces on her work, JANE brought in an intimate look at her life and made her even more endearing if that is at all possible.

On March 12th, National Geographic Documentary Films brings the story of a woman and her many loves in the story of JANE.