THE TICKET Brings Seeing to a Whole Other Level

Coming to theatres and VOD this Friday from writer/director Ido Fluk and Shout! Factory Films is a story about seeing what’s important with THE TICKET.

James (Dan Stevens) is blind and living with wife Sam (Malin Akerman), and son Jonah (Skylar Gaertner) they have a nice life together. He works for a company as a telemarketer that gives people cash for their homes. Working with him is buddy Bob (Oliver Platt) and together they have a friendship based on their lack of site.

One morning as James is waking up, he become aware that he is seeing light. Immediately they see the doctor and discover that his sight has returned. It is an amazing happening as the couple are thrilled.

James takes time to enjoy having his sight back and all too quickly things begin to change. His employer notices that James production is way up and rewards him accordingly. James also notices Jessica (Kerry Bishe) who flirts openly with him.

As he spends more and more time away from home, Sam begins to see a change in her husband. Even their son Jonah can not help but see that James has become someone they don’t recognize.

Taking everything too quickly has its consequences as his marriage, fatherhood and friendships all flip like a light switch and leave James in a different kind of darkness.

Stevens as James perfected the role of blind-to-site and dealing with the trappings of both worlds. It is difficult to know how anyone would behave in the same situation which is the point, this characters tests us all and Stevens gives us plenty of pause. 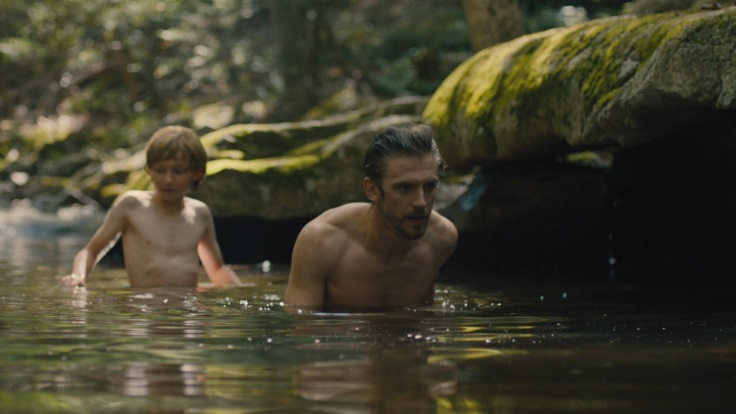 Akerman as Sam is a woman who truly loves her husband. Living a life of caretaking for him is a labor of love and James forgets that easily. I loved watching the turmoil Akerman portrays and I give her kudos for being stronger than a lot of women. Now I stand an applaud when she gives James a choice and sticks to it!

Gaertner as Jonah is a young man who is at that age where nothing escapes his attention – even a changing father. Bishe as Jessica is a character I wasn’t about to warm up to and again that’s perhaps there is a lesson in that as well.

Platt as Bob is such a good friend and even when James is being a douche bag Bob is still a good friend. But, as with all friendships, there comes a point at which the choices we make affect everything and everyone – Bob is no exception.

SHOUT! Factory has grown into a tremendous multi-platform media company. Releasing new animated features such as the exquisite Long Way North, and the epic fantasy Beauty And The Beast. Also their own original horror film, Fender Bender gives fans a good scare. For more of what SHOUT Factor has to offer please visit www.shoutfactory.com. 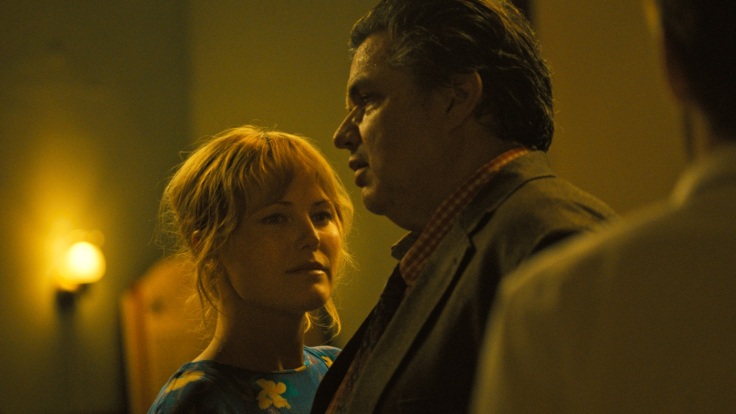 THE TICKET has several layers to the story telling where are so in depth here. From a man who is living a good, even if simple life, until a change he never thought would happen wasn’t just a change of his eye sight. Watching James change is actually quite sad because it begs the question – what does it take to know a good thing?

Scenes between Stevens and Platt are absolutely amazing but their final scene together is one that just broke my heart. It is the final scene that will leave the audience holding their breath waiting for an answer that just might not come.

Using the back drop of a serious economy and the ‘we buy houses’ signs, Fluk says, “I live in Brooklyn, and would often see these flyers everywhere. There were houses being foreclosed, and some people were profiting from it.” It makes for an even deeper look at how people treat one another in the worst of times.

Stevens says of THE TICKET, “It’s a film that asks some very, very big questions. It’s the kind of film that, as you leave the movie theatre, you just want to talk about for hours”. Well said!

In the end – life can be both seen and felt!