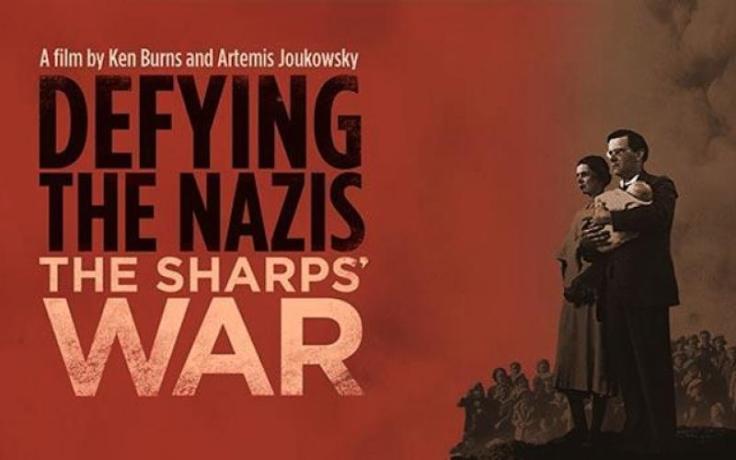 Tonight premiering at the GI Film Festival San Diego is a documentary film from Ken Burns and Artemis Joukowsky, III with DEFYING THE NAZIS: The Sharps’ War.

Waitstill and Martha Sharp are an American couple living in Wellesley, Massachusetts. Waitstill is a minister and Martha is a supportive wife who is raising their children. Prior to World War II the couple is approached to do missionary work in Europe helping fleeing refugees.

Leaving their two children, the couple went to England to learn the techniques of data collection and how to destroy documents if discovered helping refugees. The Sharps’ were going into Prague as people were trying to get out.

They opened an office and began to find ways for people to escape safely. Knowing they were being watched by the Gestapo, it becomes a matter of life and death to help people. One such group were children who had to say a final goodbye to their parents not knowing if they would see each other again. 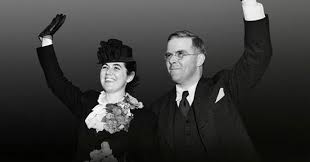 On March 15, 1939, Czechoslovakia was taken over by the Nazis. Marching into Prague, the Jews were made to stay in check as new rules were put into place. Now the Sharps had to burn all of their paperwork while listening to Hitler speak. It was, as they said, ‘the front lines of Nazism’.

Those they had been helping now scattered and the Sharps tried quickly to find those who needed to get out immediately and the local church became the place to meet. One such trip was taking people through Germany disguised as workers just to get them to London.

Eventually the Gestapo closed in on the Sharps, so close that the couple would have to separate as Martha continued with the refugees and Waitstill headed to Paris to find funding so they could continue their work.

In August 1938 the Gestapo wouldn’t allow Waitstill to reenter Prague and Martha barely had enough time to escape. They board they Queen Mary and raced through the ocean waters as war was now declared and their ship would be a target of war.

Finally home with their children, they wouldn’t be there long when in 1940 the people from Czechoslovakia they resettled in France were once again in danger as that country falls to the Nazis. Opening an office in Portugal, the couple once again found ways to help as many people as they could.

The mass exodus brought Hastings home quicker than his wife Martha. She stayed behind to save as many children as possible because, once again, parents entrusted their children to be saved never knowing if they would see each other again. In December of that year she would arrive with all the children she meant to help save.

In 2006, the Sharps were recognized at Yad Vashem in Jerusalem as “Righteous Among the Nations” which is the highest honor given by the State of Israel to non-Jews. The Sharps are two of the four Americans to receive this award.

This documentary is a co-production of NO LIMITS MEDIA Inc. and Florentine Films in association with WETA and Farm Pond Pictures.

Director Burns has been making films for more than thirty years and his piece Brooklyn Bridge was nominated for an Academy Award and twelve of his films have received Emmy’s. Co-Director Joukowsky has culminated his several-decade research on his grandparents’ lives. He formed the Sharp Archives at the U.S. Holocaust Museum and the Brown University Library.

Told from the perspective of the Sharps’ daughter Martha Content as well as family friends and survivors, this documentary is just the truth of the spirit of this couple. Tom Hanks reads the letters of Waitstill to Martha over the years, which is just wonderful.

It is the dedication of these individuals who didn’t believe they were special but only moved to help those who desperately needed it is amazing. Putting themselves in harms way in situations that had me holding my breath, the Sharps never stopped no matter how scary. Being watched by Gestapo that could have taken them at any time, they continued to safe those they could.

This is truly not only a story that needed telling but should be shared as much as possible. It is a teachable moment in how this couple made a difference in the lives of so many in a time where life was counted in seconds. Some were reunited with families and some were not, but those that were not found hope knowing that there families would not have continued on without the decision of their parents and the Sharps.

DEFYING THE NAZIS: The Sharps’ War is brilliant and a documentary that will bring tears of sadness but, more importantly, thankfulness from those who found love and family thanks to one brave couple.